§ 1 The name of the society is 'The Japanese Society for the Study on Teacher Education' (hereinafter called 'the Society').

§ 3 To achieve the aims enacted in §2, the Society shall
a)hold Conferences,
b)arrange Study Groups,
c)associate with academic societies and research bodies both in Japan and overseas,
d)edit and publish an Annual Bulletin and newsletters,
e)carry out other activities which the Board of Directors recognize as necessary.

§ 4 (1)The Society shall be composed of individuals who study or are interested in teacher education and approve §2.

§ 5 The executives of the Society shall be the President (the chief director), the directors and two auditors.

The election of executives

§ 6 (1)The President and directors shall be elected by members in accordance with the provisions specified elsewhere.For the development of inter-disciplinary research or to get directors of balanced major fields of study,there may be directors recommended by the Board of Directors.

The functions and powers of the executives

§ 7.(1)The President shall represent the Society and preside over the Board of Directors.

§ 8 (1)The Society shall have a secretariat.

Trust of voting rights at the General Meeting

§10 Any member who doesn't attend the General Meeting may entrust his/her vote to another attending member in accordance with the form prescribed by the Board of Directors.

§11 (1)The Society shall be funded by subscription and other incomes.

Amendment of the Statutes

§12 To amend these Statutes, the assent of two-thirds or more of the attending members at the General Meeting shall be required.

These Statutes shall be in force from 1 April 1994.

These Statutes shall be in force from 24 October 1994. 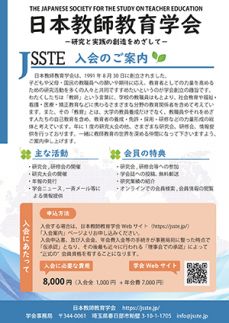